What Is The UK Three Peaks Challenge?

The UK Three Peaks Challenge is one of the biggest and most challenging hiking adventures there is within Europe.

For England, this peak is Scafell Pike in Lake District.

For Wales, it is Mount Snowdon. And finally, for Scotland, it is Ben Nevis.

Scafell Pike is the lowest of the three at 3,208ft.

Within the challenge, hikers aim to summit all three peaks within twenty-four hours.

Hikers must drive from the different mountains and summit each peak within twenty-four hours to complete the challenge.

This challenge is not an easy one and that is why it is counted as one of the most adventurous and challenging hikes within Europe.

In total, hikers will be walking twenty-three miles and ascending more than 10,000ft.

It definitely is not a challenge for just any hiker.

A decent level of fitness and hiking ability is needed.

You’ll also spend a total of 462 miles driving between the mountains.

Hikers would thus often need friends to help ferry them around.

As difficult it may sound, this challenge is absolutely one that every hiker would want to conquer.

It’s an amazingly exciting hiking adventure that allows you to see amazing views of the United Kingdom.

The UK Three Peaks Challenge is usually attempted as a group and can be a great adventure for friends to go on together.

As it’s a challenging experience, you could cheer one another on and make stronger bonds too.

All in all, it’s definitely a challenge that we recommend.

How Should You Attempt The Three Peaks Challenge?

As I’ve previously explained, the Three Peaks Challenge is to reach the summit of the three highest peaks in the United Kingdom in twenty-four hours.

Each mountain is climbed completely on foot but in between them, you can take a car.

However, exactly which peak should you start with?

And in what order should you conquer the peaks?

Well, the best and most common route is to start with Ben Nevis first.

A good time to begin this ascent would be around five in the afternoon.

Ben Nevis is the highest peak and you’d want to have light as you ascend it.

The best route for summiting Ben Nevis is through the Mountain Track.

Once ascended, you should move on to the Lake District’s Scafell Pike.

By then, it would be dark so Wasdale Track would be the best out of six options.

From Scafell Pike, you’d rush down to Mount Snowdon.

Attack Mount Snowdon with Pyg Track and you’d quickly be able to reach the top.

On the way down, the Miners track is preferred.

Once at the bottom, you would have completed your challenge!

It is possible to drive yourself between the mountains.

However, it would be best if you got a friend to drive your group instead.

This would mean that you and your fellow challengers would be able to rest on the ride.

Aside from that, this would also save time as your driver could help prepare meals for the team.

This would mean that you and your team would be able to eat as soon as you’ve descended.

Hiking three peaks in twenty-four hours is no joke and you’d need lots of rest and fuel to get through it.

Therefore, it’s best to have a friend help drive your group around.

Are There Any Rules?

In general, the target to complete this challenge is within twenty-four hours.

However, you may also wish to adjust it according to your team’s abilities.

Others have challenged themselves for thirty-six hours instead too.

But generally, a twenty-four-hour time limit is the first rule.

The second rule is one to do with safety – don’t speed to get to each mountain.

There has been a case of one hiker completing it in eleven hours and fifty-six minutes and this can be attributed to his rally driver friend, Frank Davies.

This allowed him to set a great record, however, it is greatly dangerous for both your team and other motorists.

Therefore, keep to the speed limit!

How To Prepare For This Challenge?

In general, hiking three peaks within a day will be extremely strenuous.

Therefore, it is important to have a decent level of fitness.

If you’re aiming to take this challenge, you should ensure that you and your team are all suitably fit.

All of you should also have experience in climbing and hiking.

This would ensure that you’d be able to all efficiently ascend the trails.

Another great idea would be to know the trails for each peak well.

This would mean going to recce each hike and knowing which way to go.

This has two great benefits.

One, you’d get more fitness training in.

Two, you’d be familiar and at ease with the trails.

This would mean that there’s less potential for getting lost whilst on the challenge.

Lastly, this would not be the time to break out a new pair of hiking boots.

Instead, you’d want your most comfortable boots in action.

You’ll be doing a lot of walking and it would even be a great idea to wear them a few days beforehand.

Give your feet some time to get used to them to ensure that no chafing or blisters happen.

If you’re looking to take on this challenge, you should target the time between May and October to conquer it.

This is when the day is longer and hence, you’d have more daylight for climbing.

This would make climbing much easier and safer.

It would also be warmer and thus, would be an easier climb.

However, do remember that the peaks might still have snow and it is cooler when you’re higher up, so always bring extra layers with you!

As with all other hiking trips, you’d need the same few items in your pack!

Layers, a cap, sunscreen, sunglasses and definitely a head torch.

These are all items you should have.

Aside from that, the standard hiking safety gear such as a first aid kit, survival blanket, whistle, and map should be present too.

Don’t take any chances with your safety.

In conclusion, have fun challenging yourself with the Three Peaks!

It’s going to be an amazing and rewarding challenge. It may seem tough at parts but the end satisfaction is totally worth it all. All the best! 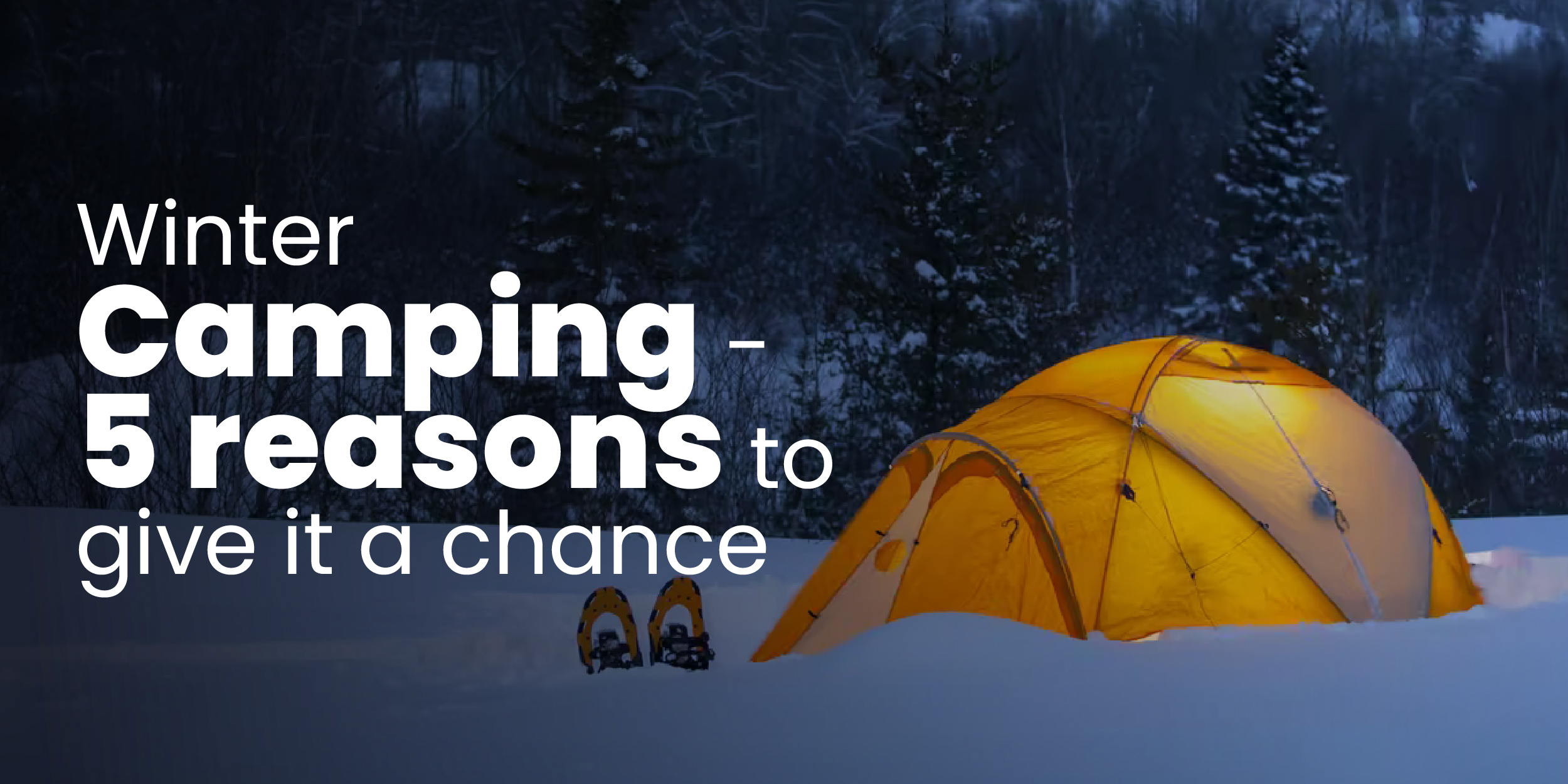 Winter Camping – 5 reasons to give it a chance

When it comes to winter many of us retreat into our homes and physically and mentally haul up the drawbridge.